Austin moving company is in Austin that offers a pool of services to choose from, ranging from including packing, short-distance move, interstate move, long-distance moving, office moving service, business moving service, and storage services to ensure that your belongings stay safe with us. Want to try the services? Read customer reviews, and arrange a call with us to get a quote.

What our beloved customers are saying
Splendor
Customer
George
Manager
From: Austin
To: Austin (Local Move)
Yelp
Texas Movers is really an excellent company. The service was professional and the movers were on time with a positive attitude. Their services outperform any other moving service I have ever used before across the country.
Sam
Customer
Luke
Manager
From: Austin
To: San Antonio
Yelp
This is the best moving company my family has ever used. We had to move fast during the upcoming holiday and Texas Movers were reliable. They carefully packed our belongings and the team was also professional and friendly. Their services are worth every penny and I greatly recommend them.
Olivia
Customer
Luke
Manager
From: Dallas
To: Austin
Yelp
My husband and I received a stunning service from Texas Movers. They moved us from one house to another. They didn’t get any item broken as they know how to pack very well. Best move ever!
All reviews

Save precious time with local movers familiar with the Austin area. We go the extra mile to make sure your belongings arrive safely and on time.

From glassware to heavy loads, our long-distance movers take exceptional care to pack and transport your household or office belongings to the Austin area safely.

Our licensed and bonded Austin office movers pack and transport your office with professional care. We work within your schedule so downtime is minimal.

When you’re short on time and space, take advantage of our storage options. Your stuff will be safe and ready to go when you are. Just request delivery.

Take the stress out of your upcoming move by hiring experienced Austin movers. Our professional services start with a free quote and finish with a timely completion. Trust our local experts to streamline the entire process. Our knowledgeable, efficient personnel treat your belongings with the highest standard of care. We even offer storage if you need it, so be sure to ask about your options. At Austin movers, we know the area and we have the experience to transport all your stuff, from your piano to your wedding crystal, from departure to arrival, safe and sound. Call us for a free quote today.

As trusted Austin movers, we serve local clients as well as newcomers to the area. We handle both residential and commercial moves.

“The live country music capital of the world.”

This capital city has also made a name for itself with annual film events like the SXSW Film Festival. It has its own professional ballet company and a number of unique museums such as The George Washington Carver Museum and Cultural Center.

With a semi-arid, semi-humid subtropical climate, Austinites love getting outdoors. The area is replete with parks and trails. Lady Bird Lake is a mecca for water sports like kayaking and rowing. Zilker Park, located on the lakeshore, offers sports fields, concessions and picnic tables.

In terms of geography, Austin is located slightly south of the center of the state. First incorporated in 1839, the city takes 11th place on the list of the most populous U.S. cities. It lies less than 100 miles northeast of San Antonio, another rapidly growing metropolitan area in Texas.

Austin’s thriving economy relies on the defense and high-tech industries. Some of the industry leaders with a presence in this Texas city include:

Austin is also famous for its Tex-Mex and Texas barbecue restaurants. With more than 50 microbreweries in the area, this city has built a reputation as a beer tasting destination too. 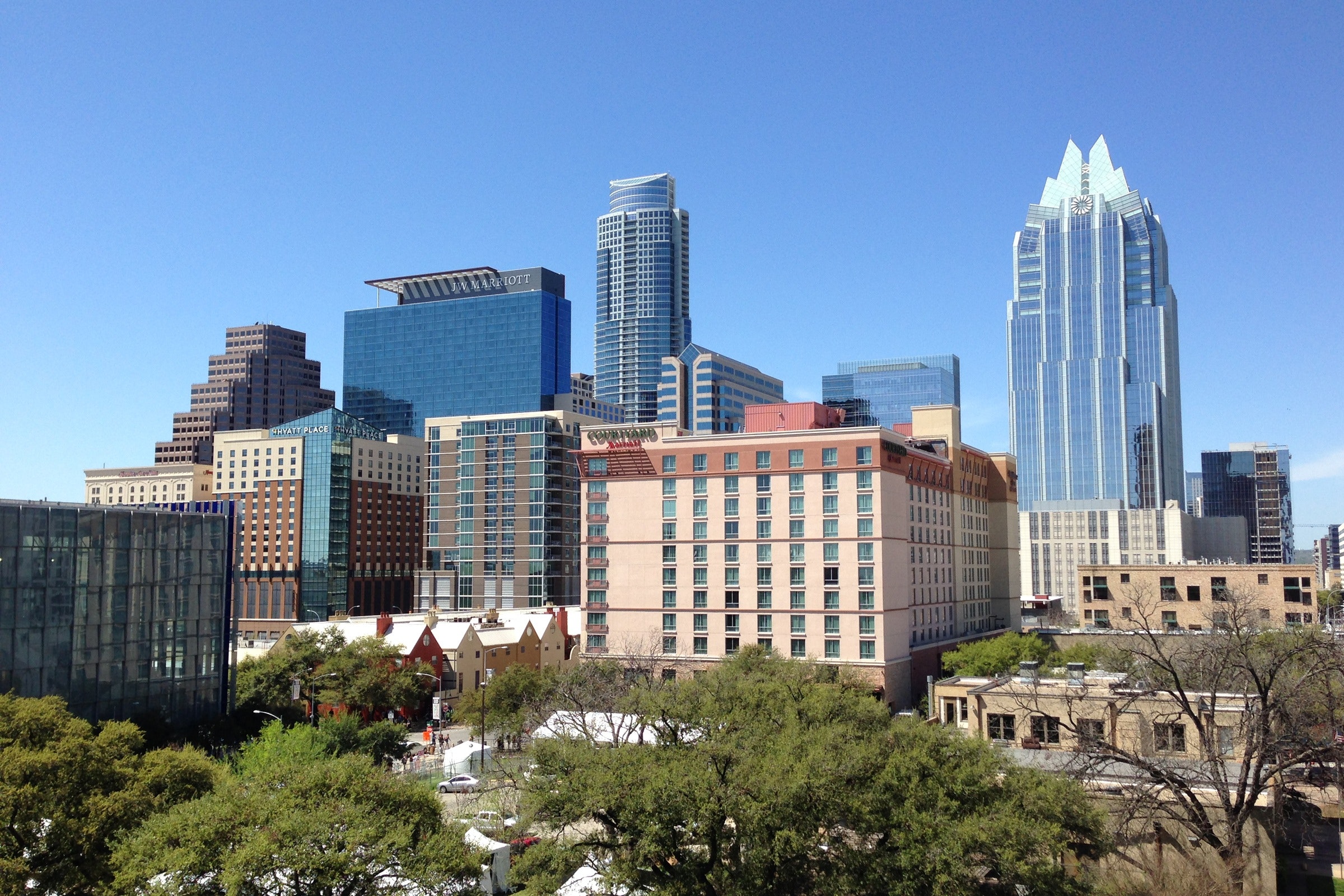 When you are looking for moving services for your upcoming relocation to Austin, look for:

Our Austin movers will handle your relocation to the heart of Texas with professional care. When your hire Austin movers, you get the benefits of our local knowledge and logistics experience. We will make sure that all your belongings and furnishings are safely packed for transit, unpacked in a timely manner and ready for you when you arrive at your new home or office.

Relocation to Austin can be a stress-free, exciting time for you and your family if you have the help of licensed, insured professionals. We offer the supplies and services designed to make your move efficient and trouble-free.

We attend to every detail, from protective wrap for your fragile glassware to blanketing fine furnishings for travel. You'll be settling into the Austin area in no time, enjoying the vibrant music scene and the outdoor activities you love. 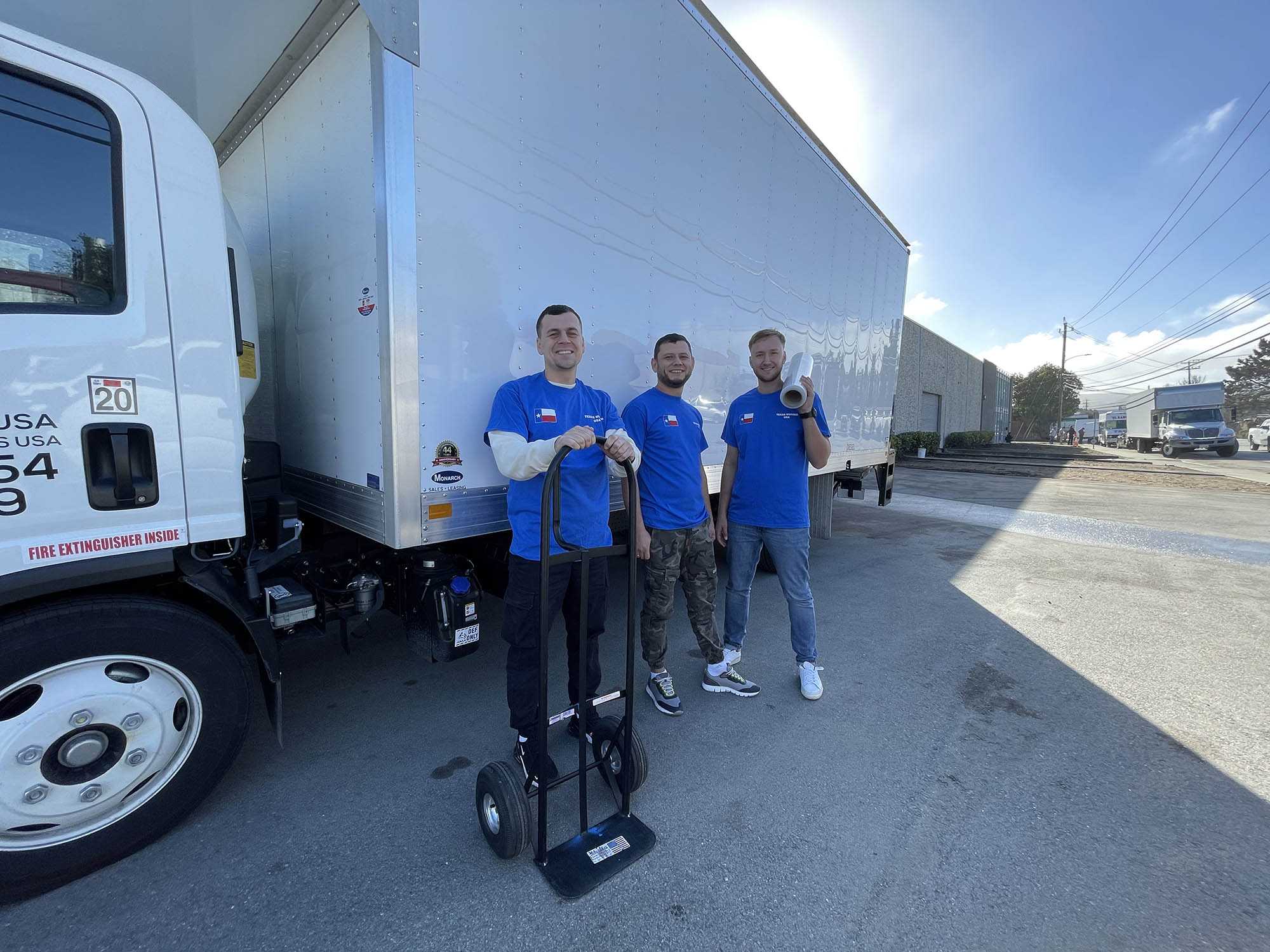 Our local movers know the Austin area. This means we know the fastest, least congested routes to get your belongings where you are going on time. That’s important in a city the size of Austin because you’ll typically find lots of traffic, road repair and detours that could easily interfere with the timely arrival of your belongings.

If you are relocating your business, delays can be especially costly. You can’t do much at work if your computer equipment and furnishings have been delayed.

If you are relocating your home, you have deadlines too. The day you start a new job, the first day of school for your children or appointments with utility providers all depend upon sticking to a schedule.

Your best option when relocating to Austin is hiring local movers with a reputation for professionalism in the community. Our local movers have earned a positive track record for efficiency, friendliness and caring service. Just ask our many satisfied clients in the greater Austin area.

If you only have a few pieces of furniture and a suitcase or two, you likely can handle your move yourself. However, when it comes time to relocate your entire home or office to Austin, you should get the professional help you need.

Not only do our professional movers take care to keep your belongings safe and free from damage, but they also have the equipment to streamline the entire process. From the right truck for the job to the right equipment, our company has the tools at hand to complete the job professionally.

Given the logistics of a cross-country move, you have enough to handle without worrying whether your belonging will be safe. That’s where our professional crews come in. Once we arrive at your new address, we unpack all of your belongings so that you can settle in.

Entrust your upcoming relocation to Austin to the pros. You’ll be glad that you did.

When you arrive in your new Austin location, use the following resources to make yourself at home:

You can rely on our prompt and professional moving services for other jobs, such as packing and keeping your valuables in our secure storage facilities. And whenever you need interstate moving to Dallas, San Antonio or Houston, you can also count on us to help you relocate!